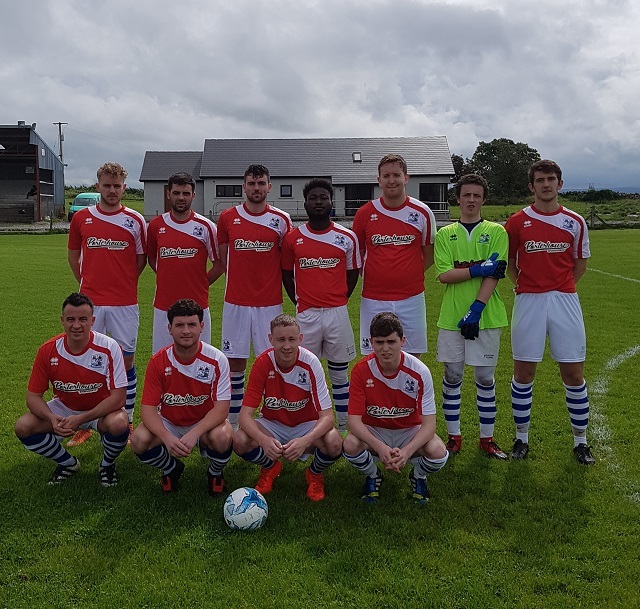 As competitive League games commence for our boys sides from u11 to u17/u18 and our adult mens sides local community soccer club Maree/Oranmore FC are asking parents to register their sons now by downloading the app Clubify and registering for the new season 2017/2018 (see club facebook for further details). If a player is not registered with our club he can not play, these are Club and Galway FA rules.

A great start last Sunday for our adult mens side in the Premier League when Emlyn Longs charges defeated a strong Loughrea side away coming from 2-0 down to win 4-2.The goalscorers were Malachy Black,Chris O Dowd,Stephen Matthews and Reggie Ahiable. These lads have a home League tie v Galway Hibernians on Thursday August 31st at 6.45pm in Oranmore. All support would be gratefully appreciated by the club.

The u12 boys had an excellent blitz last Thursday v Craughwell Utd in Oranmore. Thanks to all who travelled and played some great football on a wet evening. On Saturday last our u13 second team had a good workout v Colga fc in ideal conditions in Maree.

A meeting will take place this Wednesday August 30th of club Academy Kids parents at 8pm in the Oranmore Library. This is to get more parents involved in the various aspects of running a large community club. If sufficient help is fothcoming the academy for boys and girls will start in September.

Well done to Galways u16 All Ireland winning camogie champions and especially to Shannon Keady and manager Tony Donovan. Good luck to Gearoid Mc Inerney and Niall Burke and all the Galway lads in Croke Park on Sunday for the big one.
Remember Maree/Oranmore FC kit can now be purchased in Mc Inerney Sports Orantown Centre.

After a gap of almost a decade after Oranbay 90 Ladies s...

Can you spare an hour a week? Interested in volunteering ...